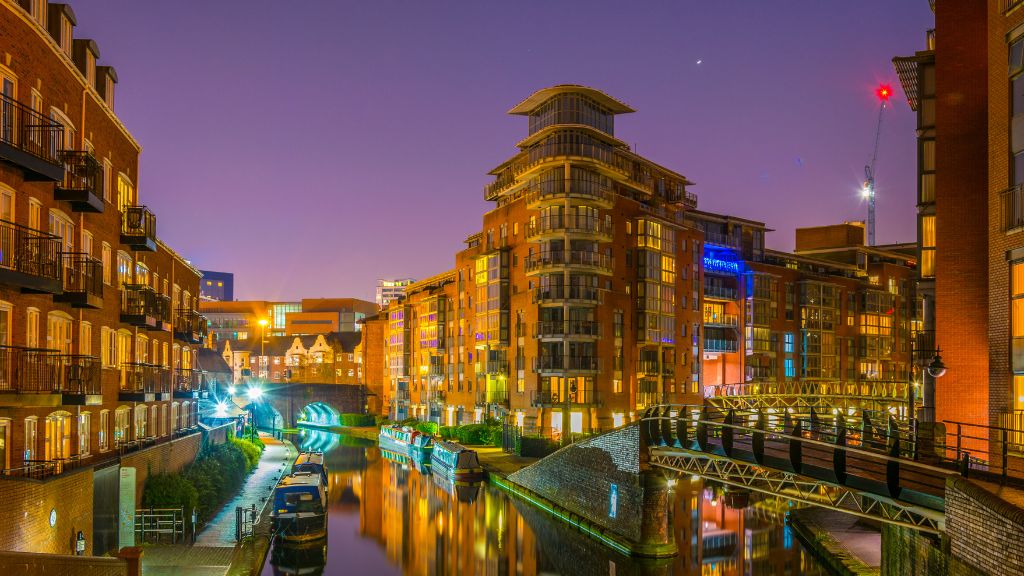 Often referred to as the UK’s second city, Birmingham has expanded rapidly over recent years, becoming a major investment centre for UK property.

With excellent transport links, a growing population and a booming business economy, Birmingham has seen investors snap up properties to capitalize on the high rental yields and strong capital growth on offer.

If you’re considering investing in UK property, is Birmingham a good location to invest in? How does it compare to investing in London or Manchester?

How much does it cost to invest in Birmingham property?

The average house price in Birmingham is around £195,100. This means, that with a 20% deposit, you would need about £39,000 to purchase a property in Birmingham with a mortgage.

Of course, as a large city, prices vary considerably depending on where you buy. In the very centre of Birmingham at the B1 postcode, the average house price is £225,464. However, properties outside the city to the north, in areas like Perry Barr or Old Oscott can cost under £190,000.

Since 2007, Birmingham house prices have risen by 44%. However, in recent years property prices have seen a boom, with year-on-year house prices currently increasing by 8.5%. In general, the West Midlands has been a popular and profitable region to invest in, with this growth driven by Birmingham itself.

It is noticeable that Birmingham property prices remain significantly more affordable than London and even lower than other major cities like Manchester, Leeds or Southampton

For investors looking for capital gains, this increase in house price is attractive. JLL predicts that Birmingham will be the UK city with the highest house price growth over the next 5 years, an average of just under 5% per year.

Why should you invest in Birmingham?

Birmingham is a UK buy-to-let hotspot thanks to a growing population who want high-quality city centre living.

This boom has been fuelled by

With so much growth and more to come, it’s clear that Birmingham is a great city to invest in UK property, fulfilling all the criteria we advise our clients to look for when they’re choosing the best place to invest. 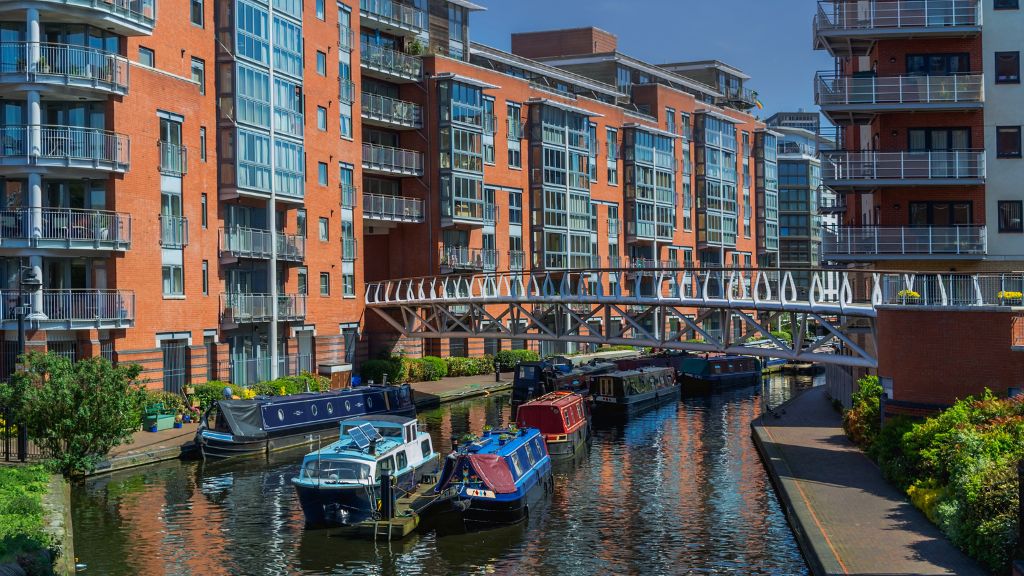 Birmingham’s regeneration started in 2010 with the Big City Plan. A 20-year project, the Big City Plan is described by Birmingham Council as “the most ambitious, far-reaching development project ever undertaken in the UK.” It is estimated that the plan will contribute around £2.1 billion to the economy each year.

Since 2010, over £1.5 billion of public sector money has been invested into Birmingham, with the aim of making it a global city to rival London. This investment has seen planning and development start with mixed use commercial/residential/retail projects such as Paradise, Smithfield, Curzon Street, Broad Street and Digbeth.

One of the standout projects is the HS2 rail line. This will cut travel time from Birmingham to London to 49 minutes and create thousands of jobs as well as encourage more people to move to Birmingham. Centred around a new Curzon Street station, it is predicted that the project will result in £4 billion of economic uplift for the region.

Birmingham is home to global businesses and entrepreneurial start-ups. In 2007, Deutsche Bank opened in Birmingham to great success.

In 2018, HSBC returned a substantial part of their operations to the city and more recently, PWC has decided to take up space in the One Chamberlain Square project. Goldman Sachs, BT, KPMG and Barclays all have significant presences in the city.

Alongside these huge businesses, Birmingham has found room for smaller start-ups, which help fuel innovation in the city and attract new workers. The Custard Factory, a redevelopment of the old Bird’s factory is home to over 100 SMBs who are driving a young, vibrant workforce.

Around 1.14 million people live in Birmingham. It is estimated that this will increase by almost 4% by 2028.

With 8 major universities around the city, under 25s make up almost 40% of the population.

This young demographic is good news for buy-to-let investors, representing as they do a group who are willing to rent. The steady supply of graduates from the city’s universities also offers a large potential rental market.

How much does it cost to rent in Birmingham?

The average rent for Birmingham was £797 pcm in early 2022. This makes it more affordable than buy-to-let hotspots like Manchester (£856 avg rent pcm) or Leeds (£792) and lower than the UK average (excluding London) of £830.

These rents are part of the reason that residents are flooding into the UK’s second city.

More good news for buy-to-let investors is that Birmingham is seeing one of the highest increases in rent year-on-year, rising 13% in the year to Q1 2022. This makes it the third fastest growing city in the UK. 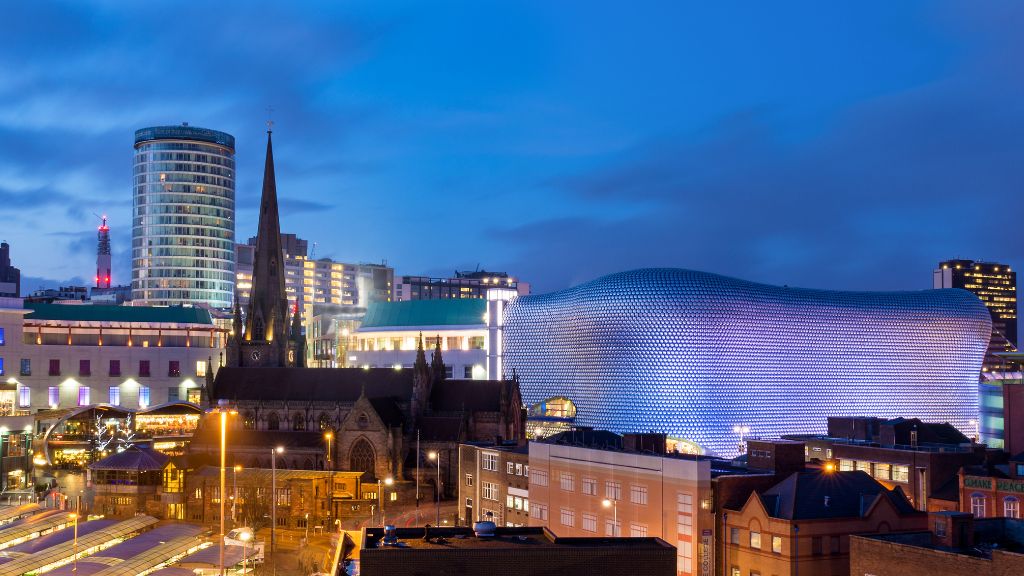 What are Birmingham rental yields?

The average rental yield for Birmingham is approx. 4.7%, based on average house price and Q1 2022 average rents according to Zoopla Hometrack. High rental growth and strong capital appreciation make Birmingham a very attractive choice for investors.

UK property investors can achieve even better results by picking the best locations.

For example, the city centre is achieving an average rental yield of 5.2%, with Digbeth (recently named the coolest neighbourhood in the UK by The Sunday Times) also seeing yields of 5.2%. Selly Oak, to the south of Birmingham, can achieve rental yields of 7.1%.

Whatever rental yield you’re looking to get on your Birmingham property investment, Hoxton Property can help find the best outcome for your budget.

How you can invest in Birmingham property?

If you want to invest in Birmingham property, we have a number of different developments to suit your aims. Whether you’re looking for capital gains over a number of years or instant second income from rental yield, we can find a project for you.

Thanks to our relationships with developers in Birmingham, we have access to exclusive offers and the latest deals. To find out how we can help start or expand your property portfolio in Birmingham, please get in touch.