How Has Covid Impacted the UK Property Market?

How has Covid impacted the UK property market?

Undoubtedly, the situation has changed somewhat in the property market. Big houses that were previously slow sellers are now in high demand, rural areas that were less desirable than central locations, are now attracting many more buyers than before, and the risks and opportunities for investors are both greater than ever. So, what is happening in the UK property market and where do the risk and opportunities lie?

According to Right Move, the average asking price of a home is now £323,530 – £16,818 more than this time last year, an increase of 5.5%. This is a record high for UK property prices. They also announced that the number of sales agreed rose 70% year on year and the number of active buyers is now 66% higher than the same period last year. 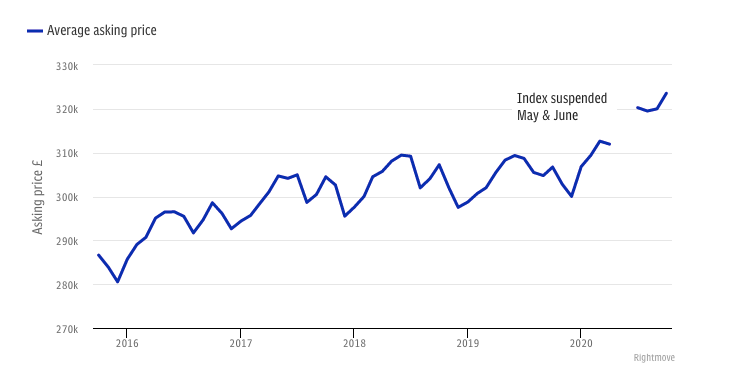 Where has the growth happened?

Where are the best opportunities?

We believe that the areas offering the best returns to investors are in the north of the country:

The UK’s second city ranks as one of the most popular in Europe in which to invest – higher than London – and is currently attracting £billions of investment into citywide retail, commercial and residential space, and infrastructure projects.

Using a strategy of targeting key areas for investment, Birmingham has developed the largest professional services hub outside of London, demanding the attention of both domestic and foreign investors that are looking to expand and take advantage of a much wider client base. As such, demand for city-centre living is high and house prices in Birmingham are increasing faster than any other English city.

Hull is a city with pulling power. Ranked as one of the best locations for businesses in the UK, the city now has more jobs than ever before. More than one million people live in Hull and its immediate hinterland, with a further nine million people living within a two-hour drive.

The regeneration of Hull’s heart is well under way. More than 100 businesses have already opened in Hull’s beautiful, recently transformed city centre, alongside £220 million of new investment in city centre retail and leisure outlets.

As the UK’s City of Culture, Hull is now one of the north’s most desirable places to live. The city is continuing to put on an incredible programme of huge acts, festivals and installations.

Manchester’s population is growing rapidly, and faster than the national average. It also benefits from a large student population, with around 20,000 deciding to remain in Manchester after graduating each year.

Helped by this high proportion of graduates remaining after their studies, Manchester’s population is one of the youngest in the country, with around 60% living in the city aged between the 25 and 30.

The city centre population is forecast to grow by 125,000 by 2025, a number that will put severe pressure on the ability of the local authority and house builders to keep pace with demand for new homes.

Liverpool’s incredibly low property prices are a huge reason to invest in the city’s rental market, and make Liverpool investment an affordable option for both first-time investors and those looking to grow their portfolio.

The city is transforming and evolving. With over 270 major new projects planned and £14 billion worth of schemes in the pipeline, the city is set for an ambitious makeover. The development and regeneration projects that cover all aspects including commercial, residential, infrastructural and leisure will redefine Liverpool’s economy over the coming years.

While its famous steel industry still exists, the fact that Sheffield is now a global name in the science of metallurgy shows clearly how the city has managed to maintain its heritage while future-proofing its local economy by adapting and diversifying.

Sheffield offers investors a range of buy-to-let investment opportunities located in the heart of the city, making them very appealing to buyers. With estimated yields of up to 6% (with expected yields of up to 10% in other areas) investors can start or expand their investment portfolios in a city that continues to improve year-on year.