What a time to be alive, for so many people. Never before in the history of the human race have so many people lived for so long. The odds of a long life are more in our favour than ever before. Death in almost all its forms, has been on the decline with regards to its impact on those under 70. There are of course a few notable exceptions to this, however it’s fair to say we can be optimistic about our chances of a long life.

Global life expectancy at birth in 2016 was 72 years (74.2 years for females and 69.8 years for male), an increase of 5.5 years since 2000. Everyday this year two and a half thousand people in the UK will turn 65 years old. Life expectancy in the UK is 81 years old with around 20% of the population over 65. This is a comparably long time when benchmarked against history, and it presents some potential problems.

What are the financial implications of a long life?

Due to this newly extended existence, the perception of retirement has evolved for many. What was once a deadline for your working life followed by a number of years of relaxation, has become a time at which people want the flexibility to work as little or as much as they like. Therefore, many people expect to continue earning in their retirement years, either by choice or necessity.

This change has brought about an influx of cases where people are choosing to have second careers, start online business’s or work on a consultancy basis.

It is not clear whether this is spurred on by restlessness, the science suggesting that your life will end quicker if you choose to do nothing or the fact that many people were not financially prepared to stop working.

What it certainly means is that people need pension assets to last longer, many people have multiple pension pots rather than one, and effectively structuring your finances is more complicated.

Over the last few decades there has been a dramatic rise in the number of people who have second families. This is typically due to a break down in a previous relationship followed by a new one. This presents a slightly more complex inheritance landscape. Planning is essential to avoid potential disagreements between the remaining parties.

There are also potential costs that are unforeseen, specifically regarding healthcare. Less people are dying but that doesn’t mean less people are getting sick. The odds of us suffering from a debilitating condition later on in life are actually pretty high, so having thought about and planned for that as a possible eventuality would be an advantage at that time.

As investors, what should the takeaway be?

It is important to be mindful of the changing landscape when making investment decisions. The most obvious things to consider are your investment time frames, how long you need your wealth to last, what are the consequences of not having adequate preparations and also what the opportunities presented by the situation are.

Healthcare is clearly a sector that has been growing for some time. This particular healthcare fund has achieved over 500% in the last 10 years. 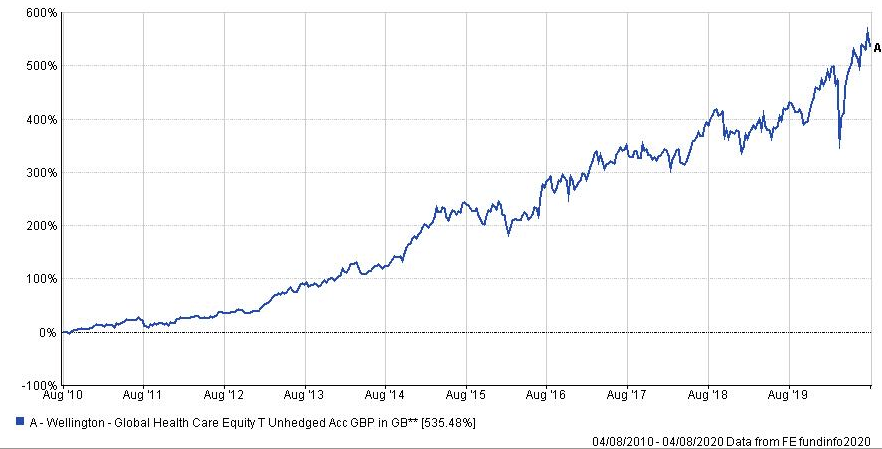 Given that global life expectancy is predicted to continue increasing as emerging markets become richer and improve their infrastructure and sanitation, healthcare continues to fall into the category of investment sectors which are considered to have a lot of long-term growth potential.

Another investment sector that shows similar potential is technology. The market for technology continues to grow globally and should continue to grow for the foreseeable future as it becomes more integral to how we live our lives.

Over the last 10 years this technology fund achieved over 600% growth: 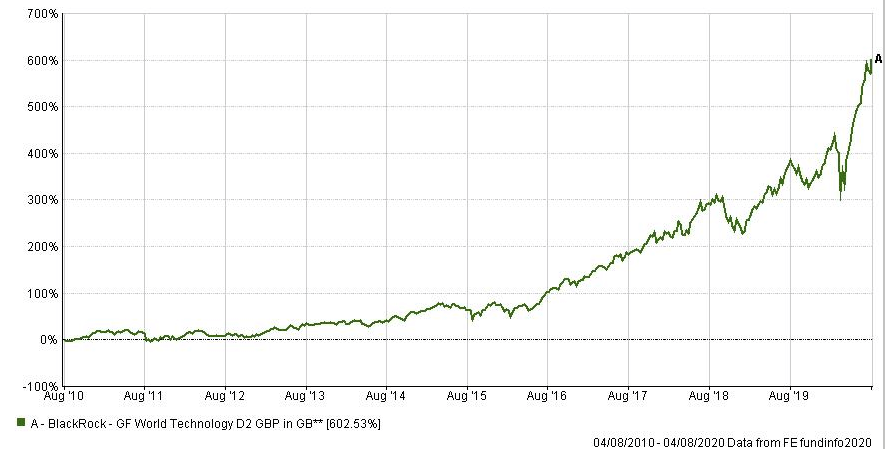 In both these sectors, recent events have actually been a benefit to their growth. These are just two examples of the many opportunities out there; others could be less housing becoming available or an increased demand for low-risk investments. Aging populations certainly create changes in economies that are worth paying attention to.

What should you do?

It is easy to perceive the future as far away and to delay your planning for it. There are many reasons to take financial planning seriously but none that are as frightening as the prospect of being poor in old age. Luckily, small changes to financial habits compound over time, so the sooner this is thought about the better the chances you have of preparing against it.

One thing is for sure; it is likely you will get there. How it is when you do get there is up to you in the here and now. Doing something, anything, no matter how small is always the best option.

If you have not created a plan and would like to have a conversation with a professional to start putting one together, get in touch with us today.